After yesterday's post, you would think people would get it. Nope, once again people want to shoot their mouth off. Our first contestant on STFU is Mark Buehrle of the White Sox. 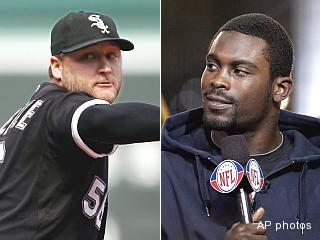 In an interview with MLB.com Mark has this to say:
"Even if you are not a dog lover, how can you sit there and make two dogs fight and one is going to die?" said (Buehrle). "How could you do that if you are somewhat sane? "(Vick) had a great year and a great comeback, but there were times where we watched the game and I know it's bad to say, but there were times where we hope he gets hurt. Everything you've done to these dogs, something bad needs to happen to these guys."  courtesy of yahoo.com
While I might agree that what Vick did was despicable and wrong, he has done what the law told him. He has been punished, and done his time in prison. He has lost money, and been shamed. I think it is great to see a guy work hard enough to make it back to where he is.

Next up are the people of Brooklyn, NY. Now not all of you are going to be on STFU. Only the ones that are putting up a fuss about the Dodgers wearing Brooklyn throwbacks this season.

I honestly think it is wonderful that the Dodgers are celebrating their history in New York. I understand the frustration, but it's been more than 50 years, let it go. After reading the "Forever Blue" book about the O'Malley family, it's easy to understand that politicians drove them out of Flatbush. I would like to see something like this, or something that says Brooklyn, but I still like the idea. 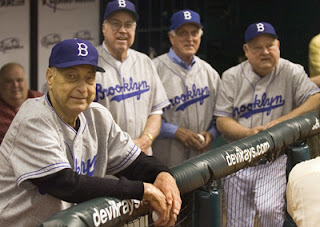