Have you ever gone through your boxes of cards and said what is this?? I was going through some of my boxes of junk cards looking for some cards to send out soon and came across a couple that made wonder about. Our first specimen is this fine 1998 Topps offering of Jeff Montgomery. 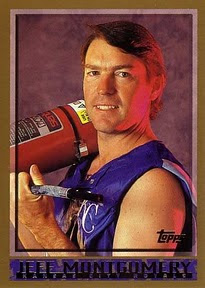 I'm not totally sure where Topps was going with this except that Jeff is a closer so as a "fireman" he needs an extinguisher? I thought those guys had trucks and big hoses, not that little thing.

The next one was also a Kansas City Royal. The funny thing is, that I never remember Gibby being with the Royals. I present to you Kirk Gibson in all his 1992 Donruss glory as a Royal. 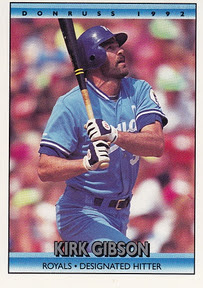 This lead me to look up his career to see how long I missed him being in KC. Turns out it was only 1991, but did you know that he also played for a short time in 1992 with the Pirates? Here's the proof:

﻿ ﻿ I'm sure I'll find more later on, but I thought somebody might get a chuckle out of these.
Posted by Mariner1 at 5:01 AM 3 comments: Links to this post

I feel like the King but in a good way. You see there was a definite theme to the few gifts I got for Christmas this year. I had a very BLUE Christmas but it all was to my liking. I just might be ready for the game on New Year's Day. 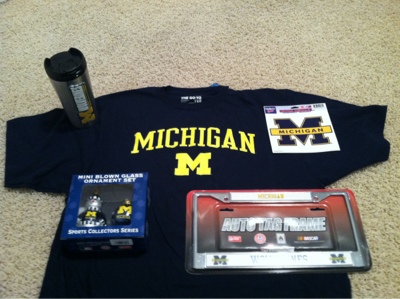 Posted by Mariner1 at 4:54 AM 2 comments: Links to this post

Not long ago, I saw another blog list out by each different card maker their wantlists. I cleaned up the old checklists and everything in order again. Donruss was kind enough to make 504 base cards for the Mariners, and I currently own ALL 504 OF THEM!!!


THIS RUN IS DONE!! ALL DONRUSS ARE ON BOARD!
Posted by Mariner1 at 4:57 PM No comments: Links to this post

Find me some Fleer

Here is the second installment in the I need these cards to make the big set be done. Fleer lasted as long as Donruss did. While they did many different variations, I'm only intersted in their flagship cards. There was 747 base cards from Fleer for the Mariners from 1981-2007. Now I own them all!!!

THIS RUN IS COMPLETE!!!

Posted by Mariner1 at 4:16 PM No comments: Links to this post

While they didn't last as a card maker for very long, they had an impact in the 1990's. The first card company of the "junk wax" era was also it's first casualty. During their run from 1988-1998 Score made 313 base Mariner cards. I currently own ALL of these cards!!!! 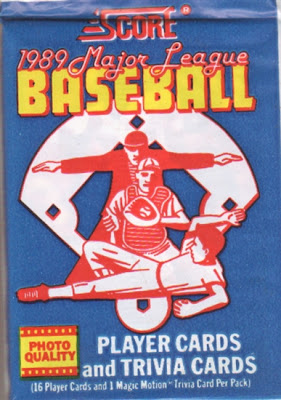 THIS RUN IS COMPLETE!!!!!
Posted by Mariner1 at 4:23 PM No comments: Links to this post

The year was 1989. It was my year to graduate from high school and get into the world. A new card company had decided to join the overloaded baseball card market. They would change the industry. From the start in 1989 until their end in 2010 Upper deck made some cards. As far as the Mariners go, they made 575 cards for the team, including their first card which is still sought after. I currently own ALL the cards from Upper Deck, meaning I currently am finished with this one and am closer to finishing the project!!!

THIS RUN IS COMPLETE!!!!!
Posted by Mariner1 at 5:29 PM No comments: Links to this post 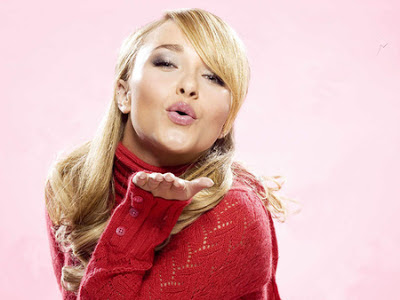 First, I want to throw out a couple of thank yous to some guys for cards. The first goes out to Jeff of 2x3 Heroes. I put up the last post asking for someone to help me find a man in my life. Jeff stepped and brought me Kevin Millwood to complete me. OK, maybe he helped me complete the 2012 Topps I needed.

The next would go to what I hope is a new reader in Michael. I recently saw a post on Wrigley Wax about a big old box of cards he got from reader named Michael. Michael was kind enough to send me the one card out of the Heritage high # set of Hisashi Iwakuma. While it's not a set I collect, I'm always open to new M's cards.

My last thanks goes out to my main Michigan man Dennis of Too Many Verlanders. While I was at odds with him for a few days while I was rooting for the Giants in the World Series, we never disagree on our love for the Wolverines. Dennis was cleaning out some cards, and I claimed his Mariners. In that stack I found two 1998, and one 1999 Fleer card to help shave down the Mariners Super Set. GO BLUE!!

The final thing to chew on, is the coming soon. Coming soon will be a new and updated wants list of each maker for the Super Set. I know that I am down to needing less than 200 cards from all 5 of the big company's base and traded sets over the years. I'm really hoping that after the holidays, I can work on getting this thing done, hopefully during Spring Training and before the season starts so I can focus on the 2013 cards. I know it can be done, because all you wonderful guys and ladies out ther have helped me so well before.

Posted by Mariner1 at 8:30 AM No comments: Links to this post