Not too long ago a package was in my mailbox from a guy that is a long ways away from me. How far you ask? I don't know if this is anywhere close to him: 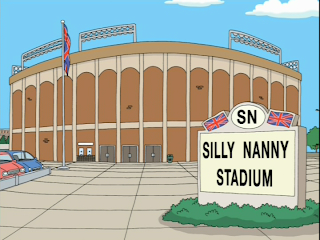 All joking aside, John of Pursuit of 80's(ness), Pursuit of Red Sox, and Pursuit of Jacoby fame sent me some cards to start my journey into collecting my first set I pursued. Here is a showing of the 65 cards of 1980 goodness I received thanks to the Royal Mail of the UK. 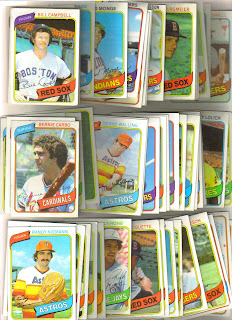 Alot of the cards are common players that no one would recognize, unless you are older like me, or if they were on your favorite team. Some of the most recognizable names in the bunch were Alan Trammell, Don Baylor, Ray Fosse, Bert Blyleven, Mickey Lolich, Charlie Hough, and Carl Yastrzemski. If you include the two 1980's I already owned, I now own 67 of 726 of these beauties.

It always seems that every trade I make the other person always have a bunch of Mariners cards laying around. I know that I'm one of the few people crazy enough to give this team my heart and soul. The nice part about being a fan of a less than popular team is most everyone has extra cards of my team. John was nice enough to include some Mariners of old and new. I'm excited to own a 2011 Bowman Chavez card. This kid is a couple years away, but is supposed to be a big deal when he makes it up the big leagues. 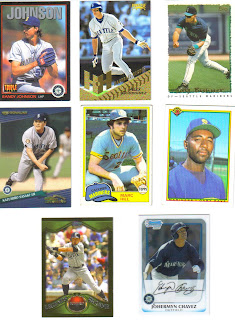 Thanks again to my favorite new trader across the pond, and also the new favorite of my son. Andrew is into all things that have to do with the UK. He was excited to see a package from overseas. Your cards are on their way to you John.
Posted by Mariner1 at 7:47 AM

Email ThisBlogThis!Share to TwitterShare to FacebookShare to Pinterest
Labels: England, thank you, trade