As we move closer to Opening Day, the Mariners have made one surprising move. The other was a much expected move. The move we all expected was to see Michael Pineda make the rotation. 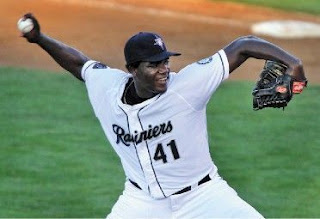 In a shocking move to me, the M's released Josh Wilson, and have Luis Rodriguez on the roster to be a back-up infielder. 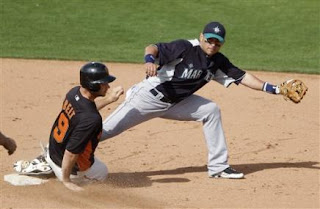 Now this all could change with the waiver wire starting to heat up. The only other battle it seems is Cesar Jimenez or Tom Wilhelmsen. It will be interesting to see who is the final 25 that has to be set by 9 AM on Thursday. Friday night in Oakland starts the 162 game marathon. Let the games begin!!
Posted by Mariner1 at 5:07 AM