Why not revive a series that we haven't done for awhile? Since it is the off season and we all are dreaming of baseball again, let's relive the good times.

The Mariners would see the playoffs for the second time as AL West champions in 1997. Late in August of 197, one of Ken Griffey Jr.'s 37 different left fielders would come to Seattle in a trade. On August 20th the Minnesota Twins sent 32 year old Roberto Kelly to the Mariners for two PTBNL. Those two would eventually be Joe Mays and Jeromy Palki. Roberto would come to the Majors 10 years earlier with the Yankees. After five years in New York it was off to Cincinnati, Atlanta, Montreal, the Dodgers, and Minnesota. Roberto would hit .298 for the M's in September 1997, to help make a playoff push. 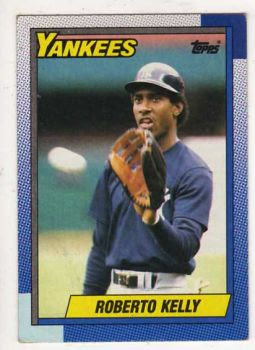 The Mariners would lose to the Baltimore Orioles in 4 games in the ALDS, but Kelly would be in all four games and hit .308 going 4 for 13 with 3 doubles. Roberto would take free agency after the 1997 season and move to Texas for two years before finishing back with the Yankees in 2000. After signing with the Rockies in 2001 and spending the year at AAA Colorado Springs, Roberto would spend 2002 and 2003 in Mexico City playing for the Diablos Rojos(Red Devils) of the Mexican League. Kelly would call it quits at age 39 and spend the 2004 year at home in Panama.

﻿﻿﻿ ﻿﻿﻿ Roberto came back tot he game in 2005, and would spend three years as the manager of the Augusta GreenJackets in the Giants system. In 2008 the Giants would bring Kelly to the big club as the first base coach. He also work as the base running coach for the Giants. Roberto would earn a World Series ring with the Giants in 2010. While it has been 15 years since Mr. Kelly came to Seattle for a short time, he is remembered for helping us get to the playoffs in 1997. 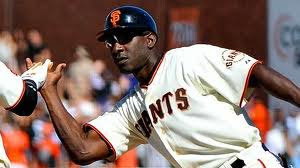