Not too long ago, our friend Kevin at The Diamond King had a little contest. I shouldn't call it little when there were many chances to win. I decided to get in on a second entry and won that day's loot. I went for it because it had two cards I thought would be hardest to ever get to finish off my Mariners collection. The two biggest Mariner RC's: 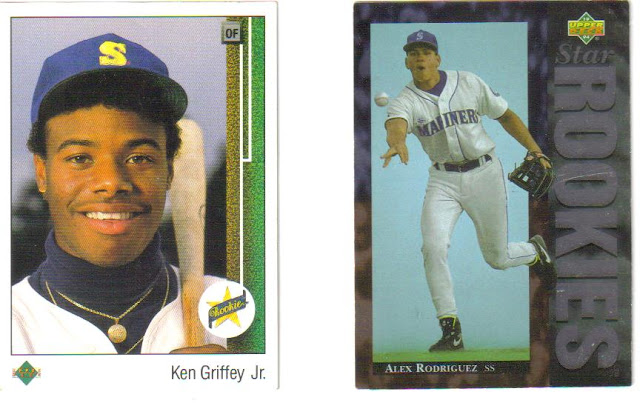 I guess I won't have to pay some LCS top dollar for those cards to go in the binder. Also in the winnings was a 1981 Topps Nolan Ryan in all his Astros orange glory. The fourth card might be desired by some fans of the HOF'er or just Cubs fans in general. I would be open to trading Ryne for some Mariners I need if you got them. 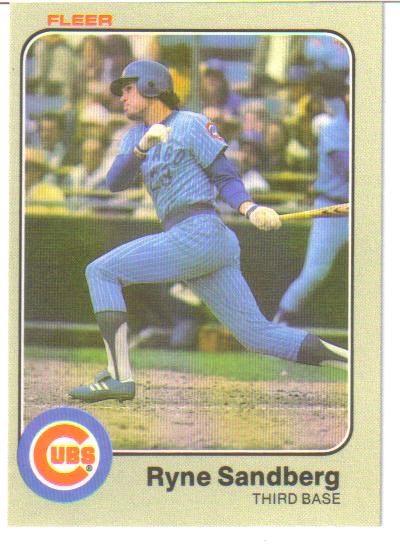 Big thanks again to Kevin for his great contest, and for getting them up the I-5 corridor in time for Christmas.
Posted by Mariner1 at 5:05 AM