Something old, something new

During the Easter holiday, Matthew over at Number 5 Type Collection held a little contest. All you had to do was pick a number. I picked #105 and what was closest to my number was 110. the #110 netted me this card in the contest: 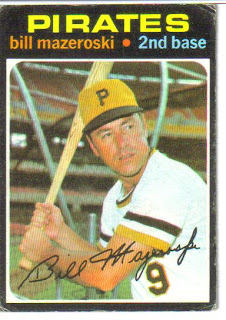 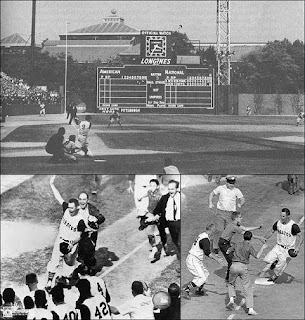 Bill was also a third base coach in Seattle. Maz was brought into the Mariners family in 1979 by manager Darrell Johnson. 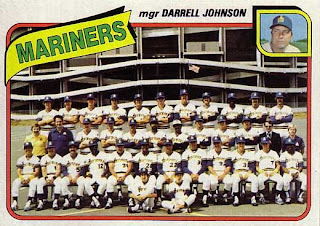 When Johnson was fired in 1980, Maury Wills took over and kept Bill on his staff. After the 1980 season Bill left the Mariners. 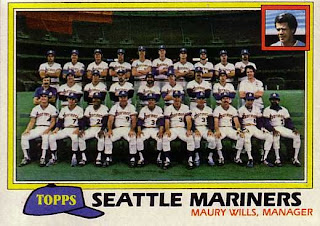 Also, Matthew sent an extra card of a future HOF'er, I'm sure you've heard of him. Here's a beauty from his second year of cards: 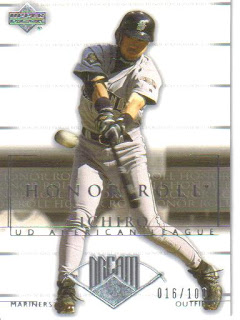 That's right folks, #'d 16/100. I'm not big on #'d cards and all the limited stuff. I'm more of a regular old base card kind of guy. It is a nice card to have though, and I have some thoughts of what I might do with it.

Thanks again to Matt for the great contest.

Also, thanks to the Mariners for the exciting walk-off win, and to White Sox Cards for his season long homemade cards and this beauty from last night's game: 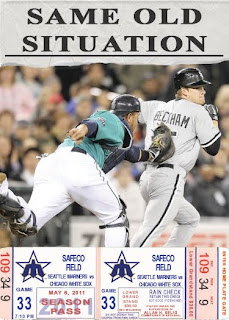 I love the old trident M in the star. I wish they would go back to those uniforms full time.
Posted by Mariner1 at 7:48 AM