Here we are back for the last of my favorite of the Topps cards for the Mariners. Next manufacturer we will dive into soon will be Donruss. Back to the most recent Topps for the Mariners that have been down for quite a while now. 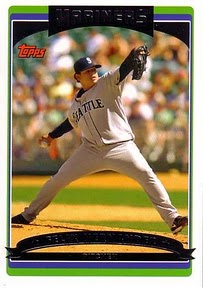 2006 Felix Hernandez
First card of the "King" with Major League stats. He worked his way up the system to become one of the league's best. The future is great for a 24 year old stud. 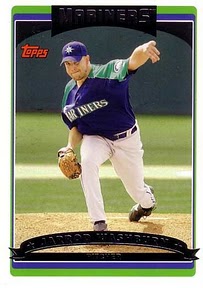 2006 Update Jarrod Washburn
It is always nice to spring training unis with the Mariner teal. I'm surprised we have seen Wash pitch lately. 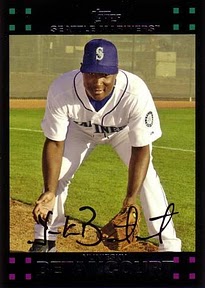 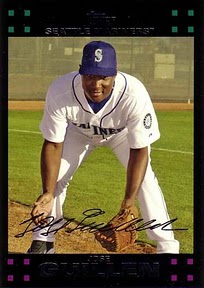 2007 Jose Guillen
This looks like Topps didn't even try. How do you get these two guys confused? 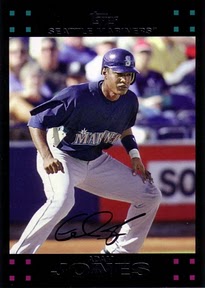 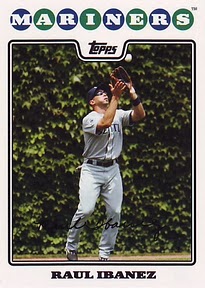 2008 Raul Ibanez
Just knowing that is the ivy of Wrigley in the background makes this card an instant classic for an AL team that doesn't get there much. 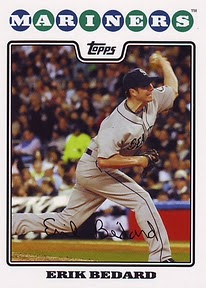 2008 Update Erik Bedard
Here's what we got for Adam Jones. Mr. 100 pitches and I'm done, and I only pitch half a season because I get hurt. GREAT... 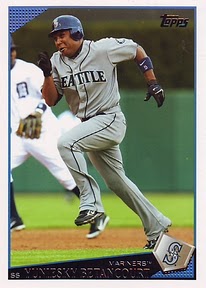 2009 Yuniesky Betancourt
Look mom, I'm running, I'm running. Can I score from second? Probably not, the way this team played in 2008 was awful. 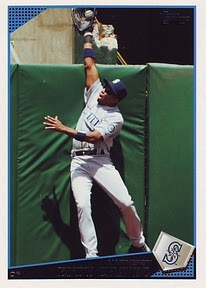 2009 Update Endy Chavez
Nice full extension. I was a shame that he got in a collision with Betancourt and blew out a knee. Thankfully we had Franklin Gutierrez to replace him. 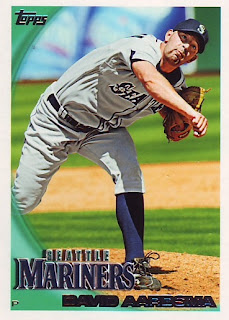 2010 David Aardsma
I can't figure this card out. It looks like a cartoon with the color, and what is he looking at? Shouldn't he be looking at the plate? 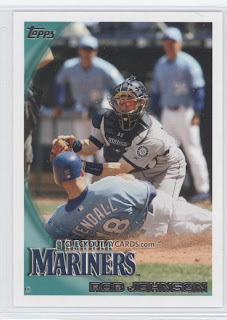 2010 Update Rob Johnson
A beautiful play at the plate card. I believe this card is coming to me in trade soon, so I will borrow this picture of it for now.
There you have them folks, 34 years of Mariners base and traded/update Topps goodness. Of course all cards chosen are the best in my opinion. I'm sure you may have some other choices, or maybe you don't care about the Mariners. That's fine too. If there is a card from a year that you think I missed, let me know.
Posted by Mariner1 at 11:56 AM