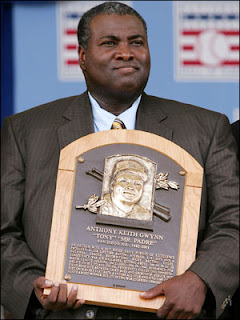 As everyone knows, I am a huge fan of Tony Gwynn. When I saw the news yesterday that he revealed he had a beginning stage of cancer, my heart skipped. Thankfully, the doctors believe they caught it early, and it will be treatable. He believes it is linked to his use of tobacco while playing. If this isn't a wake-up call that the stuff needs to be outlawed, I don't know how many more famous players need to get sick before they do. It is already banned in the minors. I know it's not easy to quit dipping, I did it. I hope that as a good showing to the kid fans, players will eventually re-think it.

If any guy is going to take a swing at cancer and win, it is this gangster looking guy: 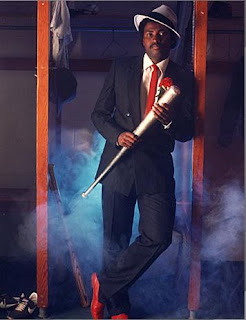 Email ThisBlogThis!Share to TwitterShare to FacebookShare to Pinterest
Labels: cancer, get well, Gwynn