Big thank yous to many!!

I have been holding on to this post for a couple days, but it is a good one. I have recently gotten about five trades in the mail and I am so thankful for all of them.

First off, I want to thank the Collective Troll. We exchanged e-mails and he said he had a couple of Phil Bradley autos, and an Alvin Davis auto that he would send me for being an M's fan. I got these in the mail from him, and I sent him whatever Rays cards I had laying around. Thanks Troll, you are top-notch! 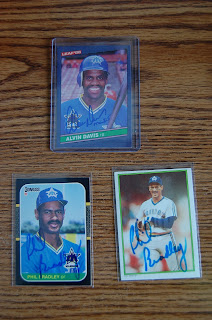 Also, one of his readers Noah sent me an unsolicited e-mail saying that he had some Mariners cards if I would like them. I decided to send him a package of Mets cards from many different years. In turn, he sends me this box of cards, that not only contains almost all my needs for the 89 Fleer cards, but also this beauty of Doug Fister. Thanks again, Noah! 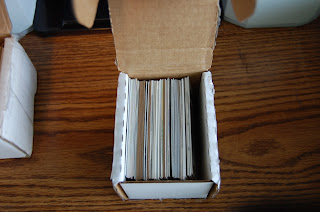 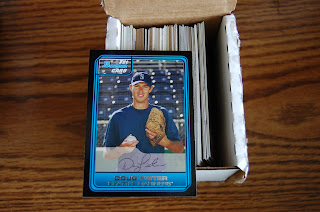 Next on the thank you list would be Greg at Night Owl Cards. We agreed to exchange some Dodgers for him and of course Mariners for me. He comes through with this little dandy of cards. 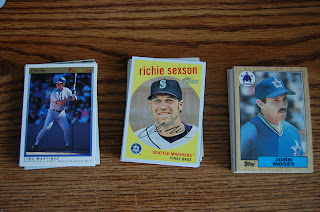 Also hidden the bubble mailer was this cool thing I had never seen, but really like it! 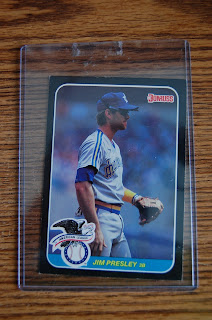 The next person on the list would be Rob at Texas Rangers Cards. We decided to exchange Rangers for M's. I sent him a box of assorted Rangers cards from all kinds of years, and he send me this box of beauty. 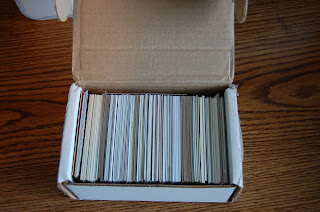 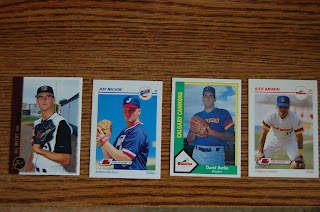 These cards are all current or former major league guys. They are from the AA Jacksonville Suns, AAA Calgary Cannons, and A Wisconsin TimberRattlers. Way too cool! Thanks Rob!

Last, and by far not least is a stack of cards from Community Gum. They recently bought a huge box of 81-85 Fleer. I said that I would love to get any Mariners cards out of that for the massive Super Set. I received this stack of 81, 82, and 83 Fleers to add to the collection. Definitely way too cool. Thanks Andy! 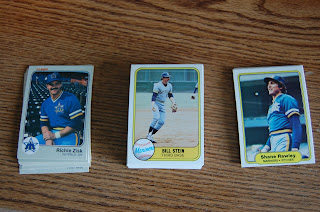 In the end, this is what I was able to figure will be added to the Super Set. Thanks again to all the readers and fellow bloggers for making me feel so welcome. I am humbled by your generosity. THANKS EVERYONE!!! 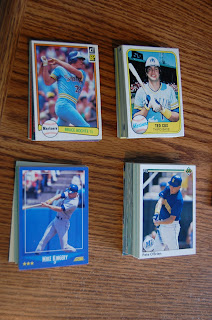