Anyone want to trade?? 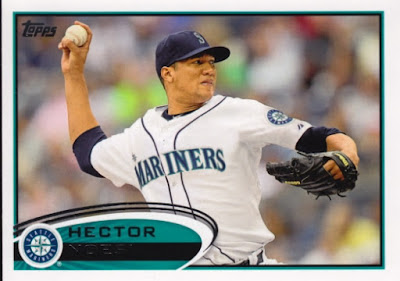 All you have to do is take this guy and I'll be happy!! I think the Yankees knew something when they threw in Hector as part of the deal that took Michael Pineda from Seattle. While I know that Mike has been hurt, and hasn't played we made a mistake. Everyone said we got a steal in this deal. While Jesus Montero is average at best, everyone seems to think he's the next Johnny Bench. The guy is a defensive liability behind the plate. He can't block balls, doesn't throw guys out, and can't really call a game. His offense is decent, but I've seen better and he will be our #1 catcher this year.

The Yankees sent Hector I think because they knew he wasn't that good. Just look at some of his numbers. In 22 games with us last year, he went 2-12 with a 5.82 ERA. All that came in 106 innings while giving up 71 runs and serving up 21 bombs. The spring of 2013 has been no better for him in Arizona. Before yesterday, Hector had given up 8 runs, six of them being earned in 3.2 innings. Thankfully Hector got rained out but not before giving up another six runs and two dingers in 2 innings to the A's. I think it's time for the M's to cut bait on this guy. If your team would like a bad pitcher, contact the Mariners in Peoria, AZ and I'm sure Jack Z would take just about anything for him. Send us some seeds, and a pack of gum and we will call it even.
Posted by Mariner1 at 7:04 AM