Hey everyone! I know it's Tuesday and I'm late on the Sunday thing. This will be a very short version. Today we look back at former Mariner Paul Abbott. 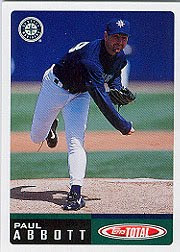 Paul had his best years with the Mariners. He pitched for them from 1998-2002. Before coming to the Mariners, he had seen time with the Twins, and Indians. During the magical run of 2001, Paul went 17-4 for the team. After leaving the Mariners, Paul did time with the Royals, Phillies, and Devil Rays. In 2005, Paul pitched for both the Fullerton Flyers, and the San Diego Surf Dawgs in the Golden League. 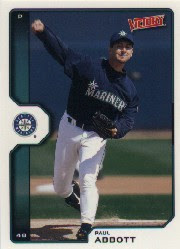 Paul is now an assistant coach at Fullerton Junior College. In 2009, he also became the pitching coach for the Orange County Flyers of the Golden League under manager Phil Nevin. After Nevin accepted a managing position in the Tigers organization this year, Paul was named to manage the Flyers in 2010. The Flyers currently are 33-27 this year. 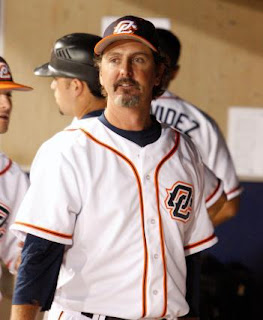