Over at 30 Year Old Cardboard they issued a challenge to all bloggers. They want to know your top 10 games you've attended or seen. I thought I would give my top two baseball games I've seen.
1. Safeco Field October 5, 2001

This game was a make up game after the devastating attacks of September 11th. It was originally scheduled for September 14th at Safeco. I held on to my tickets for the game when the Mariners announced the make-up schedule. My wife, son, and I all attended this game. This would be win #115 on the way to a record tying 116 wins in 2001. Unfortunately, we all know that those 116 wins did not turn into a World Series appearance for us. The celebration and memorial when the M's won the AL West that year always sticks in my mind as a portrait of the strength of this nation. 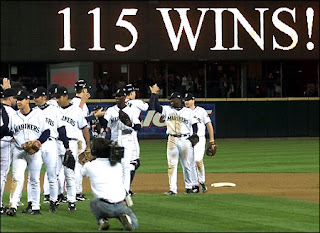 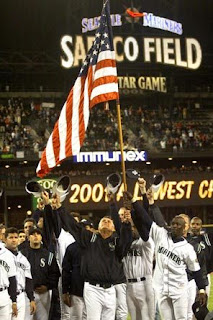 2. Yankee Stadium May 24, 2008
Thanks to my wife, we were able to get three tickets from a co-worker for Yankee Stadium. Knowing that it was the last year of the ballpark, I told her buy them no matter who they are playing. I wanted my son, who was 9 years old at the time to see the old ballpark before it was torn down. Come to find out, they ended up playing my Mariners. While the Mariners got beat pretty bad, 12-6, it was a special for for both my son and I to be there. You could honestly feel the ghosts and the history of that ballpark when you walked to your seats and looked at the field. I do not like the Yanks, but I am very proud that we saw the historic stadium. 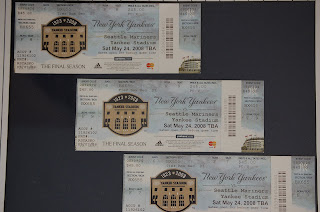 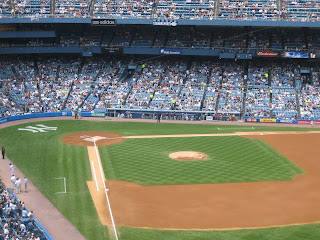 That would be me with my Roger Clemens inspired steroids shirt at the ballpark. A radio station here in Seattle did them. On the front is the Yankees NY logo with a needle at the bottom of the Y. Surprisingly, Yankees fans loved my shirt, I got many compliments on it. 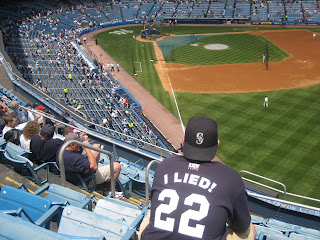